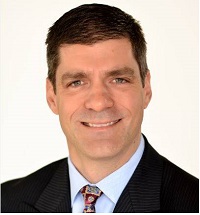 Scott Langlinais has dedicated over 20 years of his career as a CPA to fraud detection and investigation. He has planned and conducted examinations involving executive corruption; fraudulent financial reporting; bribes & kickbacks; vendor overbilling & underperformance; and employee theft.

Scott regularly reports his findings to Boards of Directors, has testified in court on fraud matters, and has submitted evidence to federal law enforcement.

Bribes & kickbacks paid to a C-level executive of a foreign multi-national by a global manufacturer.

Corruption by a C-level executive that cost their company over $1 million. The results were included in a lawsuit filed with the New York State Supreme Court.

Theft through the use of company-paid credit cards, the results of which were provided to law enforcement for criminal prosecution.

Scott develops and teaches continuous education programs nationally and internationally,and has authored white papers on fraud prevention, detection, and response for the International Risk Management Institute. He serves as a regular guest speaker at nationwide conferences and chapter meetings held by the IIA, the ACFE, the AICPA, and ISACA.

Prior to starting his own practice in 2003, Scott held public accounting and internal audit leadership positions, and served as Chief Audit Executive for a NASDAQ 100 software company.

He received a BBA degree from the University of Notre Dame in 1991.